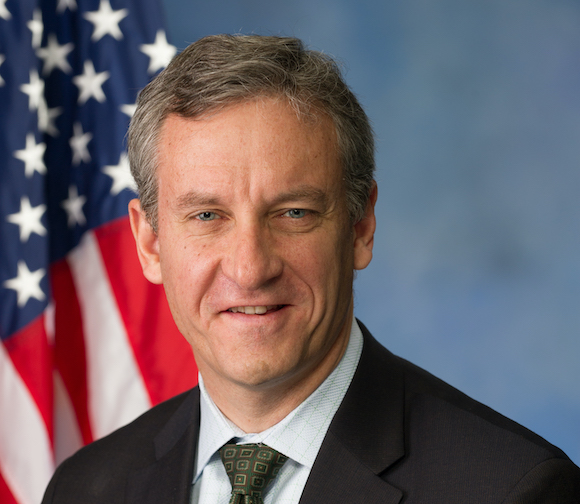 If I were a congressman I’d be honored to join the Congressional Progressive Caucus (CPC). Hope for a better America is anchored there.

But I’m just a senior citizen living in Joe Biden’s childhood hometown, a Scranton voter and loyal progressive who retired after decades of full-time journalism fighting racism, sexism and other rancid forms of bigotry, including Donald Trump. I will fight inequality and injustice until the day I die.

I know from experience why voters distrust government. I know why voters from both major parties often resent elected officials’ patronizing our lives and ignoring our concerns.

The CPC is comprised of nearly 100 progressive members of the U.S. House of Representatives and one U.S. Senator, according to the caucus website.

If you doubt my judgment on Democrat Cartwright’s bogus progressive credentials, try to get a straight answer about his position on any progressive policy from him or any high-ranking member of his staff. I’ve tried and failed for years – and I’m a longtime Democrat and constituent.

Our mousy man in Washington even waited until the last minute to sign on as a co-sponsor to the current article of impeachment. I asked in writing this week for answers to basic questions about why Cartwright waited so long in the wake of armed insurrection, but nobody from his office responded, not longtime local Scranton staffer Bob Morgan, Chief of Staff Hunter Ridgway or Press Secretary Melvin Felix.

A wavering company man of the worst kind, Cartwright regularly exerts more fearfulness than leadership, holding out until the last moment before making crucial decisions. Then he does what elite Democratic Party bosses tell him to do. Or, he spews double talk to draw the least amount of pushback from conservative constituents he wants to appease. Cartwright usually tries to have it both ways.

Cartwright has donned his tuxedo and attended an elite male-only dinner for years. I regularly and publicly called out his presence at the bigoted Lackawanna County Friendly Sons of St. Patrick event to no avail. His staff eventually stopped responding to all my requests for answers or interviews even though Cartwright had previously appeared regularly as a guest on my Northeastern Pennsylvania news talk radio show.

Ask Cartwright hard questions about forward-looking principles and he hides. Derelict in his duty, Cartwright is just another slick lawyer slacker who takes more than he gives and gives as little as he can contribute to the already unfair fight for gender equality.

America can no longer afford wishy-washy.

I respect the increasingly deadly reality that makes congressional public service in Washington increasingly risky. That’s why progressive bravery is all the more necessary if we ever hope to expose the meek moles among us.

Cartwright’s refusal to publicly support progressive issues amounts to tacit approval of the enemy. Yet he dares call himself a progressive? And progressives welcome him to their caucus?

Check out the “Progressive Promise” on the CPC website and see how many principles inherent in that sacred promise to America Cartwright has broken. Committed progressives who take the heat and sacrifice daily should be as offended as I am by Cartwright’s opportunistic willingness to play toxic politics with our future.

Allowing Cartwright to use the caucus to make himself look good is just plain wrong. Such a key group of lawmakers as the CPC must not support his duplicitous public policy fraud. Cartwright’s legislative hustle of his own colleagues is sleazy, abusive and unacceptable.

Taking sides takes courage. We better stick with people we can count on when times get tough and tougher. Survival literally and figuratively depends on whom we can trust.

It’s time for a truly progressive Democrat, a woman, to challenge Cartwright in the next primary. It’s time for change that benefits good people upon whose backs Cartwright makes a good living with good benefits. It’s time to show Matt Cartwright the door.