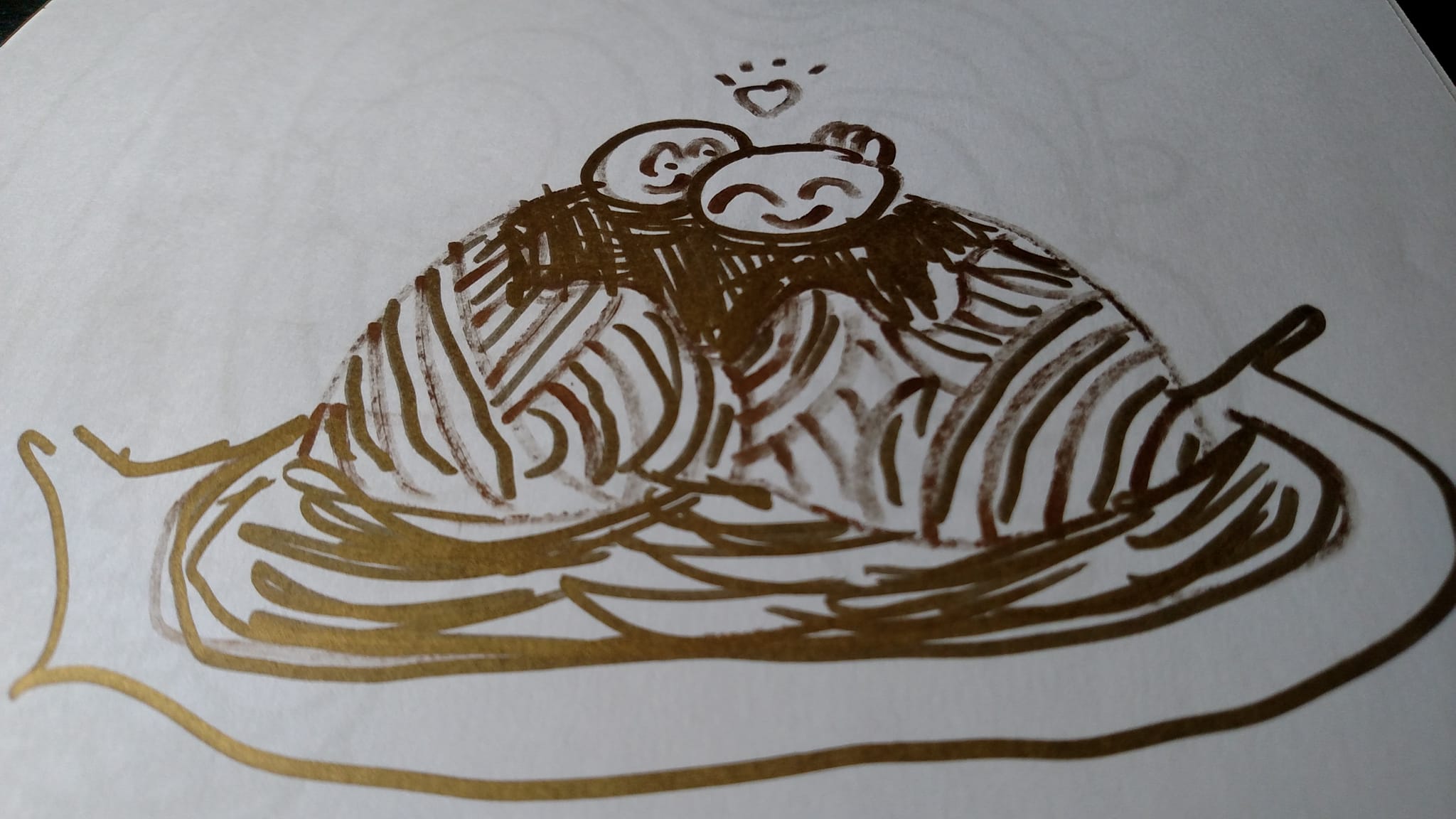 Lovingly lay that angel hair into a pot of boiling tap water. Add Ragu sauce right out of the jar and into the bubbles. Drop in an unpeeled garlic bulb. Let it sink. Sprinkle some red pepper flakes. Pour olive oil into the spaghetti right out of the bottle. Stir for about 15 minutes. Serve with aplomb like Big Al Dante the neighborhood bookie does when he cooks at the church picnic.

“This will be more than memorable,” he said. “Smells like Florence, Italy.”

“I bet you never been out of South Philly,” she said.

“I been down the shore a hundred times,” he said.

Not sure if Carmella had insulted him, Sal poured another big glass of Reunite and swigged in chugs the way he drank craft beers at the brew pub down the street from his South Street apartment.

“The man at the liquor store said it’s real popular,” she said.

“My grandfather used to drink homemade stuff he got from the guys at the social club on 9th Street,” he said.

“You can’t say that anymore,” he said.

“That’s what they called it.”

“Only if we’re playing,” she said.

“And nobody else can call you that if they’re not Italian.”

“We’re not Italian,” she said. “You got to be born in Italy to be real Italian.”

“Two wops,” she said. “Like that oldies music the Mafia listened to.”

Carmella had another getting-to-know-you question.

“You ever think about going?”

“See them colored lights in the sky,” Sal said.

“Don’t ask me. But if Iceland’s so hip, why are we sitting here like a couple of grease ball guineas thinking about going back to the old country?”

“Answer the question,” he said.

Sal felt the snap and bite of his response, his impatience showing as soon as he said the words.

Carmella felt the edge, too.

“I thought that would help me pull chicks, I mean get girls, I mean meet women.”

Sal grinned and watched as she turned to go to the stove to stir the angel hair.

Now he grilled her.

Raising her glass, she reached over to clink his.

Lowering her voice she quizzed him again, this time more personal.

“You ever think about going to college?”

“I’m teaching myself guitar but I hate to practice,” he said. “I’m going to start my own band. I hate working at a fulfillment center. I don’t even know what that means.”

“Like, I hate my job at the hospital cafeteria, too,” she said. “I’m doing Tik Tok videos, but I’m so tired when I get home. I do dances I make up better than Black people do and I give advice about applying make-up and facing suicide anxiety.”

“These ‘orderbs’ are really good,” Sal said. “What are they?”

“You know the world record for eating Saltines in a minute?”

“I can’t believe you know so much stuff,” Carmella said.

Carmella turned off the stove and dug deep into the limp pasta nest with a fork. Holding Sal’s plate over the pot she piled high the dish with mushy macaroni into which she had poured the Ragu marinara sauce, sprinkled red pepper flakes, poured olive oil and, as a finishing touch, added whole mushrooms she forgot to wash.

“That looks really good,” he said.

“I hope you like my cooking, Salvatore,” she said.

Panic-scanning the tiny third floor kitchen wall she worried a roach had run out of the cupboard.

“You got the garlic bulb,” Sal Russo said.  “That means good luck in Italy.”

“I forgot the meatballs,” she said.

“You are a meatball,” Sal said.