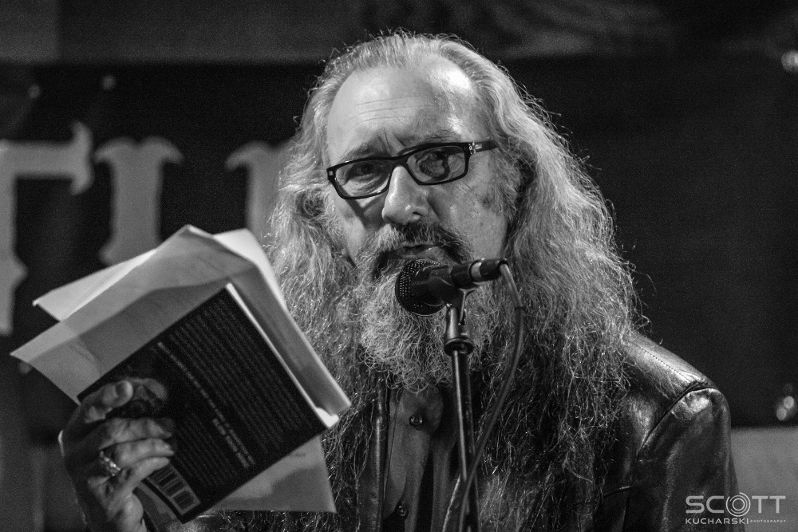 Veteran general assignment reporter Scott Blake awoke to color action news on the big screen television he left on all night. Dancing shadows from the TV flames engulfed the room as he rolled out of bed and stood in a slow yet smooth motion. The editor would likely call soon. Grab your notebook and get your ass to the wildfire line. The digital clock changed to 4:12 a.m. as he turned on the small lamp and stared into bloodshot eyes that pulsed from the chest of drawers’ mirror.

Near the evacuation site, Marge took 45 minutes to drive slowly down the winding road out of the canyon and pull into one of the few remaining spaces at the community center. All she packed was the two cats, a litter tray, cat food, litter and blankets for them to curl up. Because the gym was too big and the cats were freaking out, she figured she could sleep in the back seat with her babies.

Freddy got a motel room, he said.

Giddy about spending time hanging with Freddy in the face of disaster, he babbled about the fire and taking your chances and what are the odds of losing your home, anyway? Like, about one in a thousand?

The skilled journalist asked for personal detail but Simon didn’t have any, saying he was watching the TV news before he came out and the houses seemed safe and the firefighters seemed to have everything under control. Nothing was under control and the newsman looked at Simon like he was a total asshole. Giggling now, telling the world about him and Freddy, Simon feigned embarrassment, overplaying the moment. He behaved like the understudy lead in the senior class play, just shocked that the lead actor broke his leg in a DUI car accident over the weekend and now Mr. Understudy would have to take center stage in his place.

The correspondent, the cat lady and Simon shared a fiery predicament for better or worse.

Young general assignment staff writer Brian Miller picked up his smart phone on the first ring. Listening for a whole minute to the editor’s directions, he had time to light a joint and turn on the TV. On the screen a dog park was on fire. A woman wiped her eyes and talked about Afghans, hounds, not refugees.

He listened some more.

I can’t, not this time. I’m just not able to cover the fire, he said.

At the fire the woman opened the car’s back door and leaned in. The cats jumped out over her head, running for their lives down the long driveway past a police car, an ambulance and a fire truck, all with flashing lights. The woman shrieked garbled unintelligible syllables.

Across the parking lot, Simon rolled his eyes like a coquettish drama queen.

Brian raised his voice to a whine.

Now his editor raised his voice.

I can’t help that. Do what you have to do, he said.

Thank you for having me, Simon said.

Scott Blake packed up and made it back by deadline.

The editor talked with Scott when he was ready to go home after a 12 hour shift.

The next morning the editor welcomed Brian into his office.

I can’t give you a raise right now, but maybe once the new owners get settled, he said.

You’ll take over where Scott left off, the editor said.