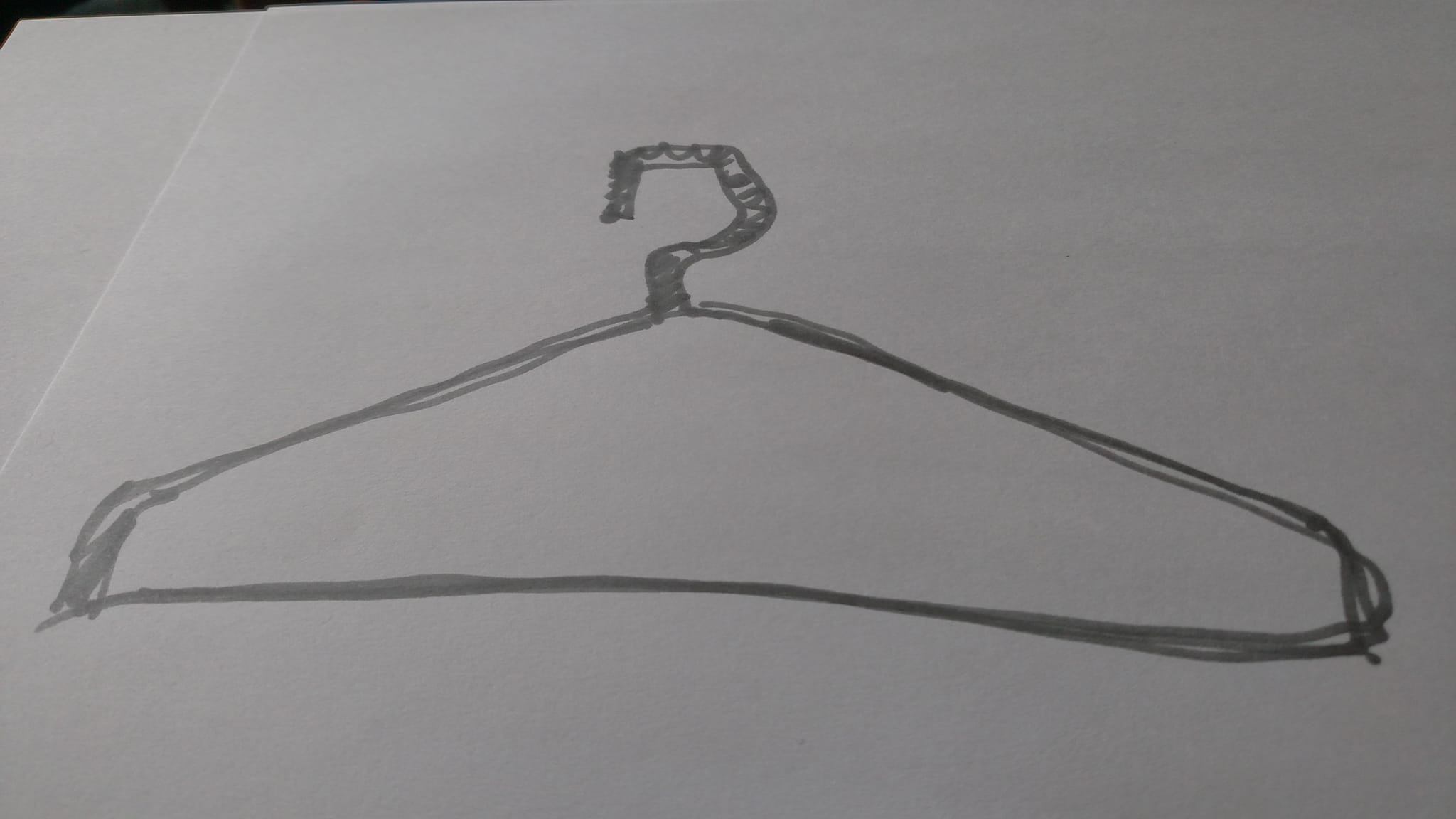 Expecting an early morning Amazon delivery box of “Remote” energy bars, the current fad among many tattooed health conscious Gen Z women, 22-year-old Nicole Sutton rushed to grab the latest food craze from the front steps. Dropping to her knees in a hurry she tore open the carton and dug into the pink tissue paper. Excited about new flavors to review online, she actually giggled.

A twisted wire coat hanger lay at the bottom of the carton.

Rebecca Sutton stepped into the foyer from the kitchen, drying her hands on a damp dishtowel covered in red embroidered cardinals.

Rebecca walked to the box. She lifted the flaps. Lowering the cardboard wings she rolled her eyes.

“There’s no address, either yours or a return,” she said. “It’s not sealed. Amazon didn’t deliver this. Somebody else put the box on the porch.”

“What about my Remote bars, Mom?”

“Please walk Bailey,” Rebecca said. “He might have to poop.”

“Don’t expect me to pick it up and carry it home like a Boomer lady holding a designer purse,” Nicole said.

As soon as she opened the back screen door Nicole saw the red paper bag by the top porch step, a nice gift bag decorated with blue and green glitter and tied with a yellow ribbon. The top of a twisted wire coat hanger protruded from the top of the bag.

“Somebody must be playing a trick on you,” Rebecca said.

“I don’t for sure,” Rebecca said. “But you’re the only one living here who might engage in these kinds of childish antics. Like that stupid show you stream, is that what you call it, stream, and watch on your phone. What’s it called, Punked?”

Nicole kicked the bag and ran back into the house. Rebecca picked up the twisted wire coat hanger, turned and went inside to finish washing egg yolk off the breakfast dishes. Nicole ran to her room to text capital letter angst to her friends from work where she contracted as a receptionist trainee at a startup marketing firm called Zoomers that catered to people just like her.

A bright blue gift bag lay on her bed.

By the time Rebecca heard her daughter’s screams and got to the doorway, Nicole was dripping tears. Her breath came in spurts. All she could do was point to the bag. Nicole didn’t come down for dinner even though Rebecca made her favorite mac and cheese with extra crunchy maple bacon.

Nicole went to work at the startup in the morning. A supervisor called Rebecca on the landline phone at 9 a.m.

“I’m sorry to bother you, Mrs. Sutton, but Nicole is having an episode worse than the others and we need somebody to come pick her up right away. We care about Nicole’s mental health here at Zoomers and want the best for her.”

“Her father will be right down,” Rebecca said.

That night James and Rebecca Sutton sat on the edge of the bed with Nicole who hugged a large 16-inch stuffed Chip the Beaver Squishmallow doll. Wrappers from the last of Nicole’s stockpile of cherry vanilla peanut butter Remote bars littered the floor. Billie Eilish sang about a bad guy in Nicole’s ear buds which she grudgingly removed when her parents entered the room.

“We made an early appointment with your therapist, honey,” Rebecca said. “She can see you first thing in the morning.”

After her parents tucked her in, Grandma Sutton appeared like a shriveled ghost in the doorway. With skin like a California raisin and a frail physique, Grandma never complained about dropping out of high school, working in a dress factory or anything else about the harsh life she led before marrying a fabric salesman who had health benefits and a life insurance policy. Grandma squeaked when she talked.

“How did that hanger get in my room?”

Grandma Sutton quietly closed the door behind her and stepped close to Nicole’s bed.

“Remember when you announced at the breakfast table how proud you were that you signed up to contribute money from each paycheck to your company’s political action fund to support a new state law that makes ending a pregnancy a felony?”

“To save the children,” she said.

Grandma stopped squeaking as her voice took on a thunderous tone.

“Remember when you said young women should go to prison for exercising their right to choose, yelling ‘lock her up, lock her up’ so loud you woke me from my nap?”

“Abortion is murder,” she said.

Grandma Sutton gently pulled Chip the Beaver from Nicole’s arms and placed the stuffed animal facedown on the pillow. Pulling her hand from behind her back, Grandma waved a twisted wire coat hanger like a war club.

“You see this? My firstborn daughter, the aunt you never met and nobody talks about, bled to death after she used a coat hanger to end a pregnancy when she was about your age. Choice was even legal then. But she was embarrassed. Afraid. Felt alone. She didn’t have medical insurance. She didn’t have money and didn’t know where to go for help.”

Nicole got even more frazzled.

“I’m teaching you,” Grandma said. “Maybe one day you’ll understand what living in America as a woman truly means.”

Nicole buried her face in the squishy comfort of Chip the Beaver. Grandma gently took back the stuffed animal, cradling the soft figure in her arms and giving it a kiss.

“New generations of women don’t talk about reproductive rights as often as they should,” Grandma said. “Silence that equals death is the elephant in the womb.”