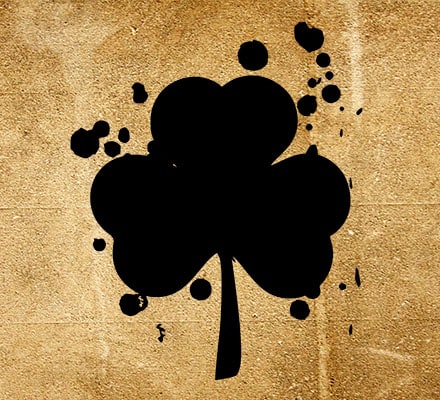 Unloading all 30 rounds from his trusty AR-15 into the big screen TV video replay from the Capitol siege, Earl Schmidt calmly turned and faced the congregation that sat packed into his living room like lead bullets in a dull tactical clip.

Two dozen faithful congregants rushed to church within a half hour of Earl calling them to the emergency service to save America. Word spread fast that patriots including some from Northeastern Pennsylvania had attacked the deep state government and needed prayers.

More Al-Anon than QAnon, the believers represented a motley crew of drunks, the terminally lost and mixed-up societal malcontents awaiting sentencing on a variety of county misdemeanors and the occasional felony. One particularly troubled congregant the counseling center sent over swore he dated Joe Biden’s sister, brother and mother all at the same time. The group listened with rapt attention as Earl shared the good news and the bad.

Instead of the Rapture, we got the Rupture, Earl said.

Then he had an idea.

Who wants to go to the inauguration?

Every hand in the room shot toward the heavens.

Adjusting their glistening bullet crowns off which reflections of Armageddon shined, the flock then picked up their assault rifles and filed from the room in tense silence, leaving the newly anointed Prince of Fleece to plot how to turn around this unexpected setback so Trump’s abandonment benefitted him and his bride.

Meanwhile, back in the Hill section, Casey Weatherhogg had an idea of his own.

You know Joe Biden opposes legalization of marijuana, he said to his mother.

Casey taunted his dear mother, knowing full well he was pushing her into action.

You gonna let Joe Biden treat us aging potheads like that?

The all-but-empty Green Ridge bus dropped Mabel at the corner of Fisk Street and North Washington Avenue, the newly christened road now known as Joe Biden Way. The bus driver gave her a nice smile and unloaded Mabel’s lawn chair. He even set it up at the corner. Mabel thanked him and pulled the metal folding chair with rust around the green and white plastic webbing right smack snug against the new street sign pole so comfy cushy she could lean against the metal, which she did.

Pulling her Berkeley hoodie over her head and tight around her neck, she retrieved a pack of rolling papers and a sandwich baggie full of pot from her black plastic purse. Expertly, she began to craft a nice, fat, tight joint made from the finest, most potent “Hill Hippy Halcyon” she grew in the attic.

Putting a stick match to the tip, she fired up her protest.

Mabel smoked a lot of medical marijuana. But she liked her homegrown stock best. She wanted full legalization at low cost for consumers. She wanted to buy stock in a company. She wanted to get high whenever and wherever she pleased. For all she knew, Joe Biden never smoked a joint in his life so he didn’t know what he was missing.

And that homespun bastard opposed legalization.

Old People Power demanded direct action, guerrilla theater that required making an incendiary point people remembered, a candle lit in darkness that possessed the power to burn, baby, burn. Dissent in front of Joe Biden’s childhood home, though, required a special demonstration, a unique outcry for justice from a simple woman smoking a simple Scranton herb that produced a combination head and body high with the impact of a pink cotton candy pillow wallop over the head and falling into a bathtub brimming with warm chocolate pudding. Mabel’s domestic “Hill Hippie Halcyon” always did the trick.

Pulling out her cell phone, Mabel dialed 911 to turn herself in.

That old coot just chained herself to the Joe Biden Way street sign, one cop said.

The other cop seemed miffed at his predicament.

I better get overtime if the paperwork makes me work past the shift change, he said.

Film at 11 showed a grim lieutenant sweating despite the cool weather as he sawed through thick steel links Mabel chose to secure herself to the street sign. Stoned and happy, she sang an old Negro spiritual whose lyrics she kept forgetting as she giggled hysterically each time she bumbled the song.

Right on, she said, raising a bony fist as tattooed SWAT team members picked her up chair and all, depositing her in the back of the prisoner transport van.