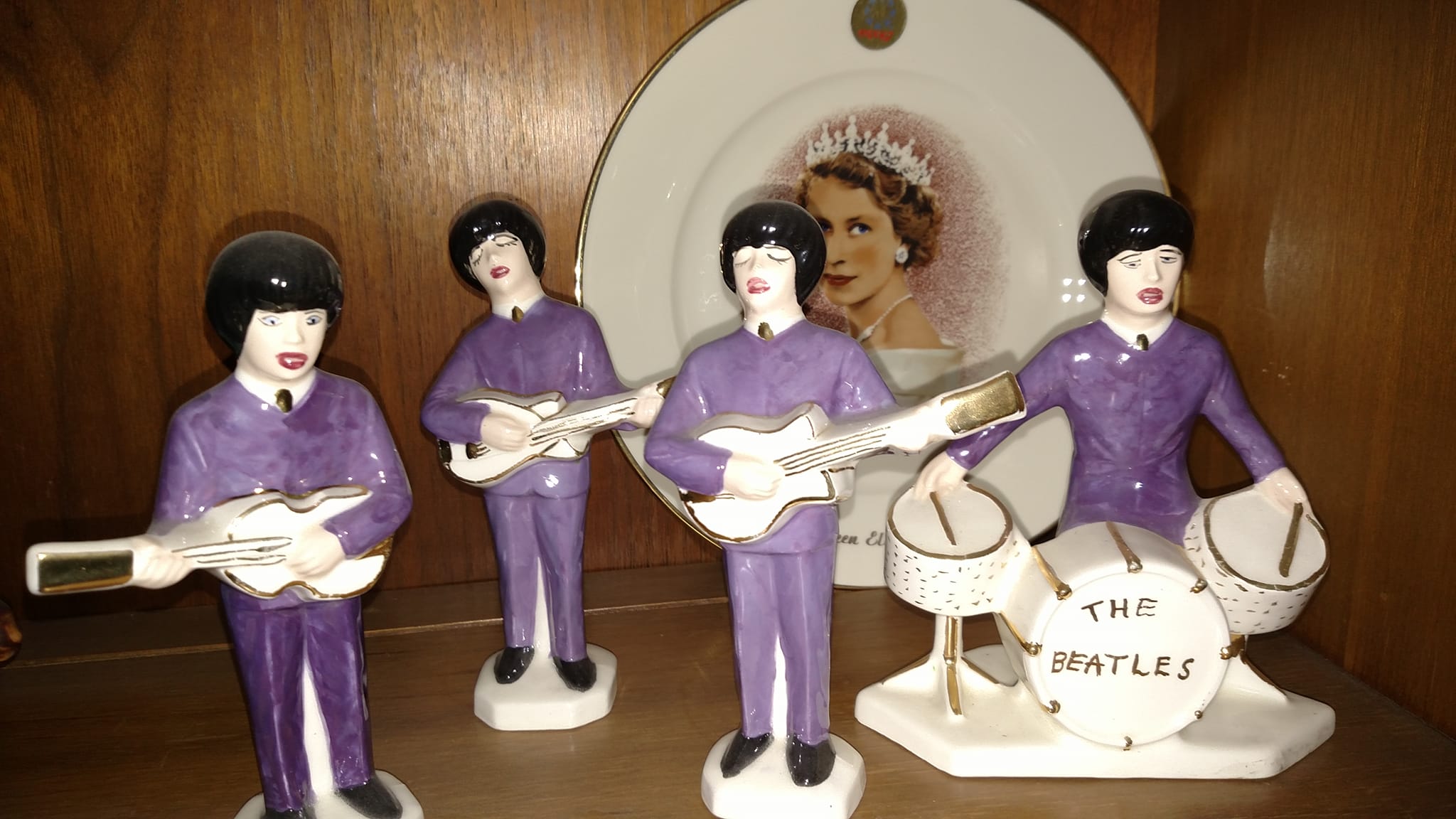 The Mathew Street pub near the Cavern Club in Liverpool, England, looked like it always did.

From where Lucy Campbell sat at the bar she could see the door, warming herself in the glow of youthful memories that showcased John, Paul, Ringo and George racing in from the rain on any number of cold Saturday afternoons, laughing and shaking water from their mops of hair like they just stepped out of the bath.

Nobody would believe how on separate days she went home with them all, one at a time, nothing bad about her behavior because she truly loved them all. And they loved her. At least that’s what they said.

Closing her eyes she heard a voice at the back of her mind.

“Remember all you Cave Dwellers. The Cavern is the best of cellars.”

Lucy would never forget club emcee Bob Wooler introducing the band, laughing in his rumpled roly-poly mild-mannered way. No matter how he dressed, Lucy always saw him as disheveled, not to be taken seriously, leftover like cold mushy peas in the icebox.

She never went home with Bob.

Now 80, Lucy sat alone one day each month she could afford to have a drink and a bag of crisps at the bar. The newer bartenders didn’t know her backstory and the older ones assumed if she was telling the truth she was just some sort of former groupie who at the very most only saw The Beatles perform live and in person and never actually met them. When she told the pub owner she knew The Beatles he laughed and said he knew Queen Elizabeth.

Nobody had any idea Lucy really knew The Beatles let alone spent time alone with each of the young rising stars. As far as she was concerned, and maybe she was right, she was the only woman in the world who spent intimate time with each of the boys. None of them would ever consider her a groupie. All of them would defend her honor.

Only Lucy Campbell knew for sure, nobody else because she hadn’t ever told anybody about her private magical mystery tour. That knowledge made her feel rich, wealthier than all the pub owners in Liverpool put together.

Richer even than the Queen.

Finishing her drink one afternoon she thought maybe now she’d be worth a color feature in the Sun tabloid newspaper whose editors might even pay her. But that would be cheap of her, to exploit and capitalize on her relationships with the four whose privacy she still respected with all her heart. Who would believe her? Besides, what did her matters of the heart matter? Today’s young would pity her, make fun of her, disbelieve her and not even come close to understanding, knowing what those brilliant days were like, what the birth of real music meant or how Beatlemania truly changed the world.

Settling in beneath soft colorful quilts in her one-room bedsitter with the smallest fireplace where she burned newspapers for heat and drank tea naked with John, Paul, Ringo and George was better than sleeping with Jesus. The Beatles played the Cavern 294 times. Lucy estimates she attended 150 performances and caught them at their most innocent moments. Jesus didn’t show up at the club once. John was right. They were more popular than the Savior.

“C’mon, love, finish your drink unless you want another,” the barman said.

Shy and embarrassed, Lucy had enough money to pay for the one black currant and lemon plus a tip. Sliding slowly off the stool, she stooped to pick up her umbrella beside her feet when she got dizzy and fell. The voice she heard this time sure didn’t belong to Bob Wooler.

“Buy me a pint, Princess,” the man said.

Knowing only one man ever called her Princess, Lucy covered her mouth with both hands.

“Not today, I’m not. Just knocking about with this hooligan,” John said.

“You as well,” John said, his black leather jacket shining in the pulsing light of flashing green and red neon beer signs, his hair bouncing in his eyes as he leaned over to kiss Lucy on the cheek.

“No and neither do you, George,” Lucy said.

John cocked his head, inquisitive as he lit an English Oval cigarette.

“With George, as well,” Lucy said to John. “Now who’s going to buy me a nice black currant and lemon?”

After the initial shock, that’s the way time unfolded with George and John lovingly rushing about to wait on Lucy even after she sheepishly told one about the other. They understood. How could either of them have resisted her charm?

“Yes, those two as well,” Lucy said. “You two and those two make quite a fab foursome.”

“Wait until they find out,” George said.

“Hopefully that won’t happen for a long while,” he said.

Off in the distance Lucy heard a siren. She opened her eyes. Turning her head, she felt a warm puddle on the floor beneath her ear. Closing her eyes she heard sitar music. Lucy saw diamonds in the sky.

“I know bloody Queen Elizabeth, too,” the pub owner said.