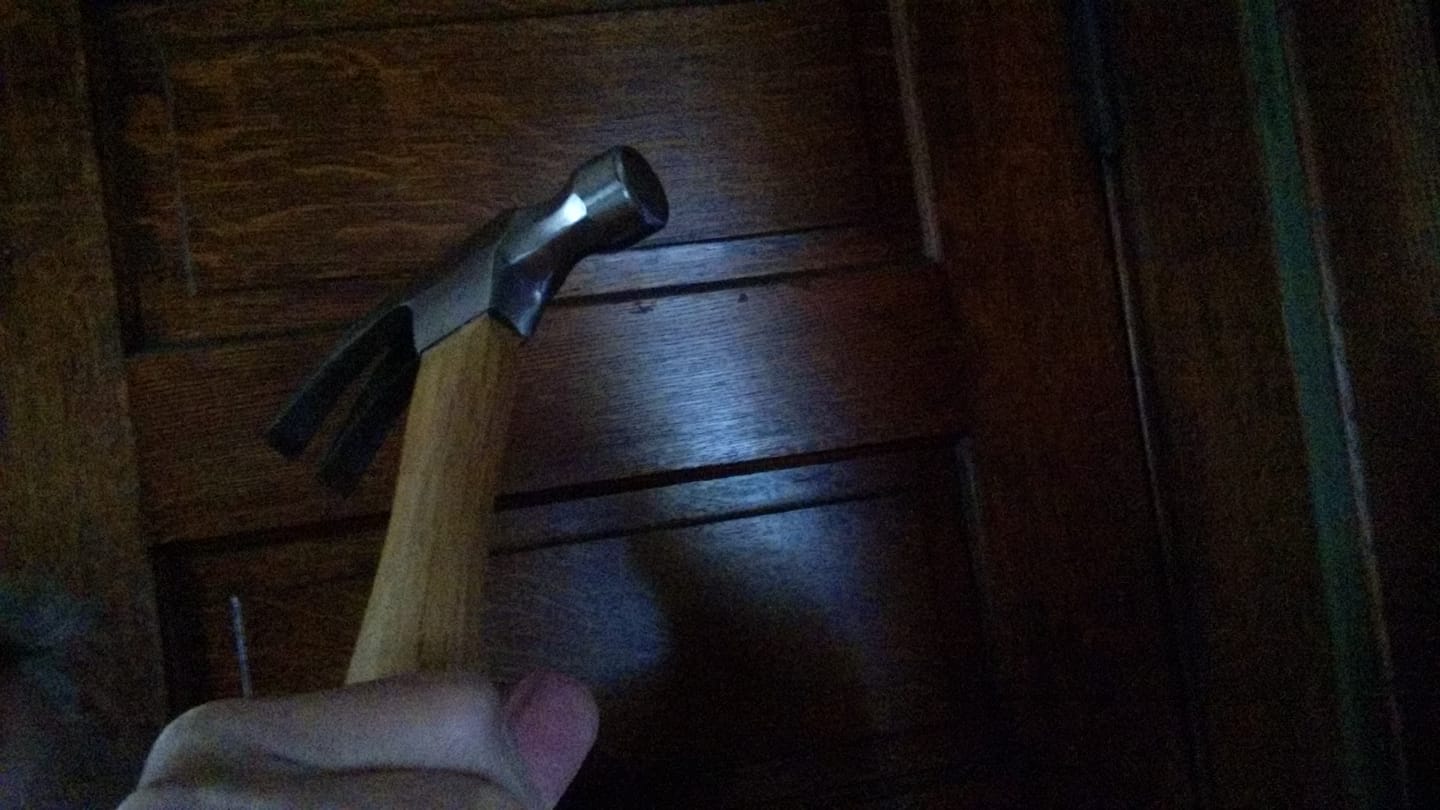 Each first and last name etched in black on each plastic tombstone lit by purple lights on Stewart Pinsky’s Halloween display in his front yard represented a real person who lived on his block.

“I think it’s hilarious,” he said.

“Take them down,” his wife said.

“Not on your life,” he said

“Screw him. I purposely planted his marker in the center of the cemetery.”

“Take them down, Stewart.”

“I’m tired of them looking at me every morning when I pick up the paper off the porch. Just because I’m not working, like they’re better than me. A man needs respect, Vera.”

“You pick up the paper at noon sometimes with a beer in your hand.”

“You’re the one who wanted to go to work, Vera. Somebody has to stay home with the dog.”

“We both used to work full-time at the warehouse. Vicki told me you told her husband you retired. That was six years ago.”

“I’m not going to waste my life on a forklift,” Stewart said.

Stewart headed to the refrigerator for another can of Bud when the phone rang. He answered after he grabbed his beer and listened for about 30 seconds, holding the receiver to his ear as he popped the tab and took a long sip.

“Go chase yourself you old bat,” he said.

Across the street Barbara Lewis started to cry.

“I’m afraid of him,” Barbara said.

“We have nothing to fear from that goof.”

“Do you still have his hammer you borrowed last year?”

Fred gave her a quizzical look.

At 10:30 the next morning four city police officers showed up at Stewart’s house, two carrying shovels. Pointing to the tombstone marked “Fred Lewis,” the sergeant spoke in a heavy growl.

“That looks like a fresh grave to us, Mr. Pinsky,” he said.

Stewart finished his beer and walked to the edge of the porch to take a closer look. Sonofabitch if the dirt wasn’t piled up in a mound of still moist earth. In an hour the cops had completely unearthed Fred Lewis. Blood congealed in his dyed black hair from the deep claw hammer wound to the back of his head. His killer wrapped his body in a hefty garbage bag.

“Over here,” a young officer said.

Under the rhododendron bush a blood-stained silver claw hammer with a sturdy wood grain handle glistened in the purple Halloween lights.

“Bag it as evidence,” the sergeant said.

Barbara Lewis stood on her porch, wide-eyed with both hands covering her mouth. Good thing. With all the gin she had consumed before, during and after she dug the grave you could have smelled her from across the street. Her hands covered her smile as she muttered to herself.

Men! Stewart with his slovenly, lazy attitude and Fred, who she thought she’d be saddled with for life, especially Fred, with his endless bullshit and mansplaining everything from baseball to politics. Herman Munster would have been a better husband.

Sensing a smudge out of the corner of her eye, she spotted a speck of blood beneath her thumbnail. Losing her balance a bit when she turned, she staggered into the house to wash her hands before detectives came to interview her, the grieving widow.

But first, to celebrate being single, she’d have another drink.

When the world gives you lemons, make another gin and tonic.