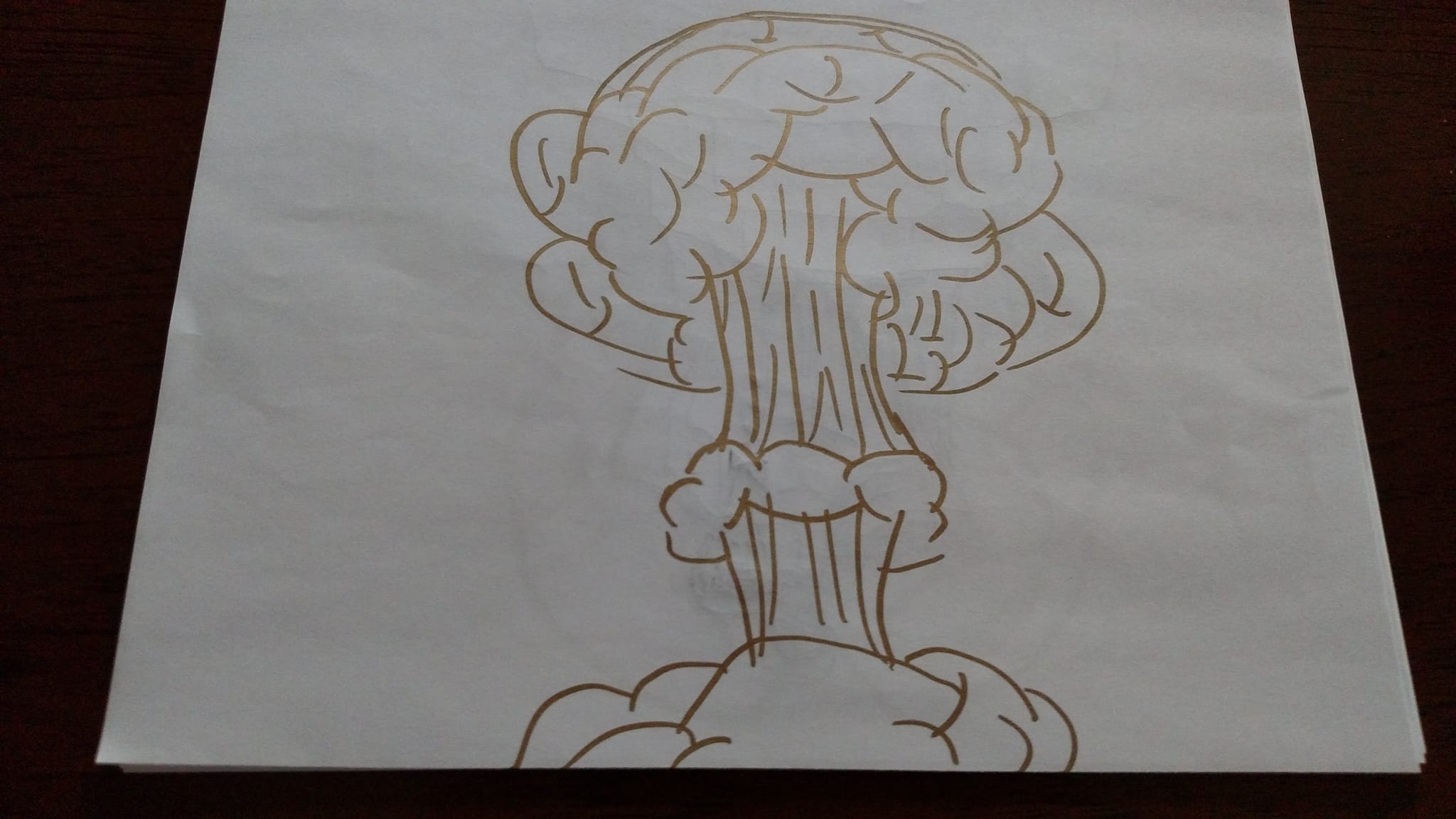 Russia didn’t start the fire. The United States of America started the fire. The military officers swallow shots of the liquor that’s as cold as a Siberian stare. War is hell, of course. America loves fanning the flames of eternal immolation.

“Looks like the Kremlin will move forward with the strike,” says Boris.

After the Ukrainians sunk the warship Moskva, the Mariupol setbacks and unexpected resistance on the road to Kiev, as a display of power national decision-makers quickly and unanimously agreed on retribution for their president’s drone assassination. To not let the world know Russia still means business would signal the end of the motherland.

“To our murdered ruler,” says Lev.

“One bomb is all we need,” says Boris.

Boris recites an online Wikipedia citation he memorized to show Lev just how smart he is.

Standing at attention he says: “Kyiv is the capital and most populous city of Ukraine. It is in northcentral Ukraine along the Dnieper River. As of 1 January 2021, its population was 2,962,180, making Kyiv the seventh-most populous city in Europe.”

“I heard the population increased to 3.3 million,” Lev says. “And half of those Nazis left in the past few weeks,”

“So how many vermin must we exterminate?”

“Like I said, one bomb,” Boris says. “Remember Little Boy and Fat Man?”

Lev gets so excited when he speaks white spittle appears at the corners of his mouth.

Boris bellows to the bartender.

“I can drink more vodka than you,” Boris says.

Boris raises his voice and his refill.

“To the American firebombing of Tokyo,” he says.

“Yes, yes,” Lev says. “America killed more than 90,000 and possibly over 100,000 Japanese people, mostly civilians, and one million left homeless in the most destructive single air attack in human history!”

On that day the Soviet Union tested the most powerful nuclear weapon ever exploded, north of the Arctic Circle on the archipelago of Novaya Zemlya.

Lev shouts, drawing laughs and attention from other officers in the room.

“To Tsar Bomba, the king of bombs!”

The bartender brings a frosty quart and pours two drinks. The Russian officers hold their glasses up to sunshine streaming through stained glass windows bearing images of a double-headed eagle, a hammer and sickle and several gold stars.

“I am ready for anything,” says Lev. “Let us toast the end of the world.”